Skillots
>  Design/Illustration
> Search Creator
> Search from Past Projects
> Creating the illustrations for this story. ⇒ use banking suddenly stopped! Introduction to cause another revival and alternative!

Creating the illustrations for this story. ⇒ use banking suddenly stopped! Introduction to cause another revival and alternative! 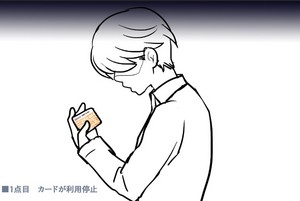 Hearings in the case notes, project room, we suggested the design proposal. 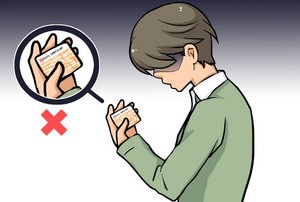 Further hearings, and respond to modification requests, we deliver the data in a specified format.
Evaluation
About The Creator
Very satisfied

In the past ask several illustrations and the discussions went very smoothly. Page would create an illustration in the past and implemented user perusal and raise the rating of the page are very useful.
About Skillots
Very satisfied

But hey, there's what?

Character is male or female is OK.
It is a banking card of Bank of Tokyo-Mitsubishi UFJ.

Articles that if you suddenly stop using it causes and remedies.

♦ first point
In the illustration card suspension, and disappointed.

Furthermore, are on the attached image, refer to.

In the illustration is a part 1 just was outside the handling time of the ATM card is not available.

Due to magnetic card part 2.

In the illustration in magnetic card the card is not available.

The order had caused the long-overdue more than two months.

For a short-term detention. Just a few days!

In illustrations of not feeling satisfied and.

In the speech bubble "just a few days to..." and may have put.

For repeated Act also borrow and repay the borrowed amount

I have an image that pulls money from an ATM.

Not thought to himself what is the problem, is in the atmosphere, such as sitting with the look of the room.

For caught in a developing credit for periodic review.

It is better illustrated with seesaw.

That left plenty of loans, such as mortgages, car loans, and borrowing from other companies, and image.

The illustration image of the income to the right.

I have an image heavy left on the seesaw, has fallen.

Trapped in the screening criteria was changed to developing credit for What!?

Due to increased application that got caught on the examination on reverse.

In the illustration, such as discouraging on knees have failure notification. -Other comment to the creator:
Contact