Enrollment verification is done to increase screening in ACOM? Users say on topics like the pa...

Hearing in the project room, we suggested the design proposal. 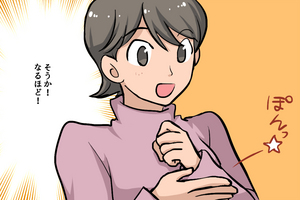 And painted from what came out OK, we deliver the data in a specified format.
Evaluation
About The Creator
Very satisfied

Inning by a misalignment of objectives and therefore, is a valid and complete, we are happy.
About Skillots
Very satisfied

Very easy to use and is missing about the complaints. We helped the issuance of coupons.
Project Detail

I think you can see articles with the usual pattern is a little different, but if you look at either content.

Not that different from illustration.

♦ 0. for the beginning
It is better at Ascom Card in hand, disappointed coming from the knee. Larger cards are contrasted to.

Wording, as "situation of emergency..." and would like it is.

In fact, on the contrary increase suspended reduction and utilization can be! No-.-!

Up and surprised that'd.

It would be good ACOM cards to have on hand.

Is let out the wording of the following illustrations, and good.
No-.-! Reduction?

♦ who's 2 other loans and credit card payment of overdue Inadvertently ended up in arrears!

In the atmosphere such as illustrations.

♦ who dropped the salary, including 3 bonus

What good might in the illustration?
This feeling is everything good and easy to understand.

♦ who can pay at least once during the six months past with 5 figures And the second that of overdue credit card and other loans, such as person or whether difference?

Since the past 6 months but think point

Think of it... that feeling that recalled the feeling by looking in the upper-right corner. It is good to be suspicious and impatient. Oh!

♦ to 6 apparently pass the increase in screening of people overdo it and you might sign up for third-party Oh I see! I see! That feeling and was saved!

And it is bright enough. In the Palm of your hand fist tons was as said so-called, AHA!

Of the picture. Characters as "is that so! I see!
"And I'd have put it.
Contact